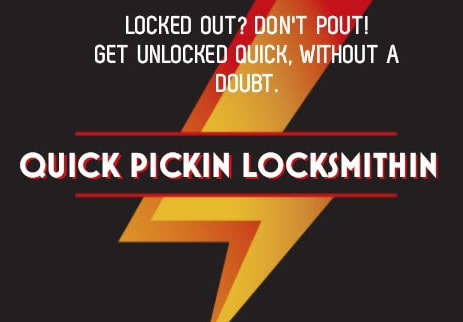 It’s Time to Call an Auto Locksmith: Reasons Why You Shouldn’t DIY


In theory, you would think that it would be more difficult to lock yourself out of your car than it used to be. Just about every car that is sold today comes with so-called “smart keys.”


But in reality, people are locking themselves out of their cars more often now than ever before. About 4 million people find themselves locked out of a car every year.


If you find yourself in this predicament sometime soon, you might be tempted to try and break into your own car. But instead of taking this approach, you should call on an auto locksmith right away.


An auto locksmith can help you get back into your car in no time. They can also provide you with a wide range of other auto-related services when you need them.


Check out some of the top reasons to contact an auto locksmith for help with your car rather than trying to DIY it below.


Helps You Avoid Damaging the Locks in Your Car

Many years ago, it was simple enough to break into most cars, even when they were locked. You could do it using little more than a coat hanger in a matter of a few minutes.


But if you attempt to open up a car door with a coat hanger today, you’re pretty much asking for trouble. Car locks are far more sophisticated these days, which means you could end up breaking one by taking a coat hanger to it.


Why put your car door locks at risk when you don’t have to? Rather than subjecting them to a coat hanger, you can have an auto locksmith come out to your car and unlock your vehicle the right way.


Prevents You From Doing Damage to Your Car’s Windows

If you start fumbling around with a coat hanger to try and break into your locked car, you’re going to put more than just your car door locks and the other parts located near them at risk. You could also damage your car’s windows if you’re not careful.


When you stick a coat hanger down in the direction of your door locks, there is a good chance you could end up scratching your windows up. You could actually do so much damage to them that they’ll need to be replaced.


And just like with breaking car door locks, this is going to be a very expensive mistake. Replacing a broken window in your car could cost you several hundred dollars, at the very least. You could be looking at a much higher price tag if you drive a luxury vehicle.


Why take a chance and do damage to one of your windows when you don’t have to? You should call on an auto locksmith to help you with your situation instead and avoid putting your windows into harm’s way.


Stops You From Chipping or Scratching Paint Off Your Car

At this point, you know that trying to break into your own car could put both your car door locks and your car windows at risk. But believe it or not, those aren’t the only things that could bear the brunt of your bad decision.


While you’re in the process of trying to break into your car, you could also chip or scratch the paint on it, especially the paint that surrounds your door locks and side windows. All it takes is one false move with a hanger to scratch up your car.


If the scratch is on the smaller side, you might be able to get away with repairing it on your own. You can make a small scratch disappear in an hour or two when you know what you’re doing.

When people lock themselves out of their cars, they tend to do it at home. They’re in such a rush to get back into their house that they accidentally lock their car keys inside their cars after getting out.


If this is what happened to you, you won’t have to worry about putting yourself into too dangerous of a situation by trying to get back into your car yourself. But if you happen to be somewhere else when you lock your keys in the car, that might not be the case.


Let’s say, for example, that you lock your keys in the car in a parking garage. You then spend an hour trying to get your car door open so that you can get inside.


During that hour, you’ll put yourself into a compromised position. Since you’re so focused on getting into your car, you won’t have time to keep a close eye on your surroundings. A criminal could walk up behind you and attempt to rob you without you even noticing.


You can avoid this kind of dangerous situation by leaving a car lockout job to an auto locksmith. They’ll come out to your car and work on getting you back into it while you keep an eye on what’s happening all around you. It’s a surefire way to keep yourself safer in this type of situation.


Keeping track of every detail in your life might be difficult. Everyone makes errors, and if you're in a rush, it's simple to exit your vehicle and slam the door before realizing that you've left your keys inside. Many people have encounte…


It's very easy to accidentally lock your keys inside your vehicle or home. It happens all the time! You can be distracted, on the phone, or with kids, and leave the keys in the ignition or seat of the vehicle or on the counter or possibly …

Read more
Things a Locksmith Can Do


Auto locksmiths can not only open locked cars, but they can also make new keys, extract broken keys from locks, and replace both the locks on your car doors and the entire ignition system.


Auto locksmiths have somewhat of a monopoly on …

An email will be sent to the owner